Having a mentor can be an important stepping stone in any professional career. A mentor can help a new librarian to make contacts in the field, help new professionals gain a deeper insight into how decisions are made in a particular library, and serve as a guide when it comes to career planning.

In her article “Adjusting to the Workplace: Transitions Faced by New Academic Librarians”, Joanne Oud surveyed 97 new librarians across Canada, measuring the difference in their expectations and the reality of academic librarianship. Oud found that new librarians’ expectations were significantly different from the reality of working as a librarian on some counts, including the variety of job responsibilities, the institutional bureaucracy, and the difficulty of the transition from student to professional (p.256). Many new professionals felt that they needed to improve certain soft skills, such as expressing disagreement effectively, and few respondents felt that they were well-equipped to deal with library politics (p. 259).

These insights can be very useful for those of us aiming to become academic art librarians. One of the methods mentioned by Oud to give new professionals a clearer picture of academic librarianship was providing a mentor to the new librarian.

Below is an interview by Abigail Sadler with Diane Sybeldon, the Arts and Media Librarian at Wayne State University, about her role as a mentor in the ARLIS/NA Virtual Mentoring Program and other insights on mentorship.

Abigail: How long have you been involved in the ARLIS/NA mentorship program? Can you tell me a little bit about it?

Diane: I have been involved in the program for one year, from May 2013 through April 2014. The ARLIS program typically matches art librarians who have been practicing for a while, I think five years is the benchmark, with librarians who have less experience. However, in my case I was matched with a librarian who had quite a bit of experience in public libraries, but had a newer position as an art librarian at an art and design school, and so was interested in being mentored by someone who had worked specifically with an art focus.

Abigail: Did you have a mentor when you were starting out as a librarian? If not, how do you think it might have helped you?

Diane: I did not have an official mentor, but I did have a seasoned librarian who offered advice and support.

Our library system began a mentoring program in recent years for all of our new librarians, as well as a program for our library school graduate student assistants. In seeing the amount of support that the new librarians are receiving through our mentorship program, it is pretty clear that mentoring can be of great value.

Large, academic institutions are quite complex, and working in an academic library, at a large research university, and being represented by an active union (American Association of University Professors) that negotiates multi-year contracts on our behalf, which spell out the requirements for attaining employment security status or tenure, is quite daunting. Requirements for promotion and employment security at Wayne State, include professional achievement and service, in addition to job performance, which can be quite confusing in terms of how these requirements are met. Mentors help provide information and also insight into how to manage one’s career development.

Abigail: Do you have any additional comments about mentorship?

Diane: To me, it’s important that career goals work with personal life goals, and I think that both should be given consideration in designing a mentoring program.

Do you have a mentor?  What role has he or she played in your career development?  Please feel free to share any thoughts, comments, experiences!

Also, make sure to have a look at the ARLIS/NA Virtual Mentoring Program. Admission is rolling, apply any time! http://www.arlisna.org/virtment/index.html There are also many mentorship programs in the ARLIS/NA chapters, so be sure to check your local chapter for the options available.

ArLiSNAP's mission is to provide an open forum for sharing ideas, scholarships, and opportunities pertinent to art librarianship. By doing so, participants will capitalize on the shared experiences and knowledge of the art library community. Furthermore, this group will provide a safe haven for art library students and new professionals by fostering exploration in a supportive atmosphere. For more information, please click on the "About" tab above!

Sign up here for a weekly digest of our posts, with extra ARLIS news from around the world.

Want to join the ArLiSNAP team? See the latest openings here, and contact Rachel or Tiffany to indicate your interest! 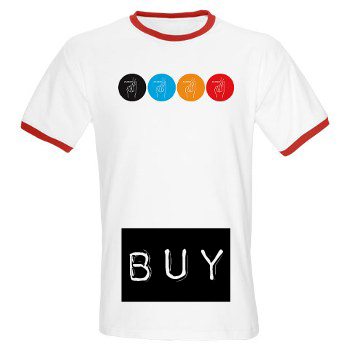